Pushing on a String 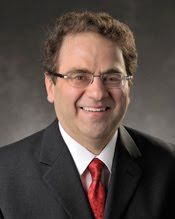 I receive daily economic reports from Jay Goldinger of the Early Warning Wire. I am paraphrasing his report from last night.

The Federal Reserve Board controls monetary policy in the United States. Most people may know the Chairman, Ben Bernanke. But there multiple members that have influence on the Fed's decisions that have significant effects on the economy. Most comments from Fed members are a repeat of the Chairman's previous remarks but once in a while Fed President steps up and says something that is important. Minneapolis Fed President Narayana Kocherlakota is quickly showing his firm understanding of our nation's current economic situation. Yesterday in London Kocherlakota spoke on the current economic outlook and the tools of monetary policy. Click here for his complete comments.

When commenting about Chairman Bernanke's plans to implement another edition of QE (quantitative easing) through the purchase of Treasury securities he said, "I do NOT see why they (banks) would suddenly start to use the new ones if they weren't using the old ones." He gets it and is willing to challenge the leader of the Fed about his recently announced policy decisions. Banks are sitting on almost $1 trillion of excess reserves (cash) held at the Fed and this is money created by the Fed in the past two years for the purpose of stimulating the economy through loans to businesses. Lower interest rates have NOT stimulated loan demand, so why would more money create something it has not been able to do before? More quantitative easing is like "pushing on a string." Simply throwing more money at businesses that lack the confidence to borrow isn't going to work. At some point the Fed will lose the confidence of Treasury holders and that will drive real rates much higher on US debt securities. That is a longer term forecast.

For homeowners waiting for the right moment to refinance, they may be pushing their luck. Rates have likely bottomed and now is the time to pull the trigger. For people considering purchasing a home they need to understand that the low rates contribute to a significant discount to the overall cost of the home, and should buy before rates begin their inevitable rise. Click here to apply now.
Posted by Chris Mozilo, CMB at 9:09 AM