That's a lot of Boomerangs!


In 2013, singer-songwriter Lyfe Jennings introduced his hit song “Boomerang” (just ask your kids if you haven’t heard it!). The lyrics include the line “So throw me away, cause if I were a boomerang, I’d turn around and come back to you.”  Likewise, in 2014 the housing industry will have a big hit from “Boomerang Buyers.”  If you’re not familiar with this term, you’ll soon understand the analogy.  From 2008 through 2013 there were 269,049 properties in the Greater Phoenix area that were either foreclosed or short sold.  Those former homeowners that experienced defaults have for the most part been thrown out of the homebuyer market.  But now in most cases, those former homeowners are eligible to purchase homes again.  They’re coming back.  Ergo, they are dubbed “Boomerang Buyers.”  In 2013 the top two markets for “Boomerang Buyers” were Riverside-San Bernadino and Los Angeles.


Based on the number of short sales and foreclosures that have already taken place, Fletcher Wilcox at Grand Canyon Title Agency estimates that 42,444 previous homeowners that either short sold or were foreclosed on will have completed the three year FHA waiting period and will be eligible to purchase a home with an FHA insured loan in 2014.  That’s a lot of boomerangs, and potentially a lot of homebuyers coming into a market that has slowed down in recent months.  As the market shows slight signs of softening, now is a great time for boomerang buyers to come back.
Posted by Chris Mozilo, CMB at 9:28 AM 2 comments:

In our article from a few weeks ago, “Ownership Generation,” we explored social and emotional reasons why young renters grow up to be homeowners.  But the reasons to buy a home are not just warm and fuzzy.  There are also cold-hard money related advantages too.  In this article we will discuss some financial benefits to owning the roof over your head.  This list of benefits is adopted from a December 2013 report from the Joint Center for Housing Studies at Harvard University.


1.       Housing is the one leveraged investment available


According to the report, “Homeownership allows households to amplify any appreciation on the value of their homes by a leverage factor.”  For example, if a home is purchased with a 10% down payment, and the home appreciates by 10%, the homeowner has doubled their investment even though the value of the home increased by only 10%.


When making a mortgage payment part of that payment goes to pay down the principal which increases your equity.  With rent, you’re only improving the landlord’s equity position.  I would also add that rent is similar to an adjustable rate mortgage, as each year there is the risk that the payment will increase.


The report states that “Having to make a housing payment one way or the other, owning a home can overcome people’s tendency to defer savings.”


4.       There are substantial tax benefits to owning


Our tax code is very favorable to homeowners.  Mortgage interest and property taxes can be deducted each year from a household’s taxable income.


Although our economy hasn’t experienced significant inflation in many years, there is always a risk of inflation in the future.  According to the report, home values tend to rise at or above the rate of inflation which is a valuable hedge against inflation risk.


The homeownership rate in America fell as a result of the recession, but the benefits of owning a home still apply.  Those advantages are social and emotional, but as we have demonstrated they are also financial.
Posted by Chris Mozilo, CMB at 10:34 AM No comments:

Last week’s article “Getting a Mortgage These Days:  It’s Not That Bad,” generated a lot of questions specific to the challenges of qualifying business owners.  As more of the workforce moves away from 9 to 5, W-2 employment, more potential homebuyers have a complicated task of documenting their income for the purpose of qualifying for a mortgage. 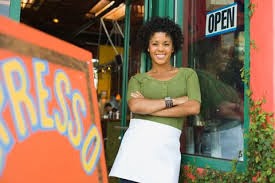 The stated income loans of the past made qualification much easier for self-employed borrowers.  Today, due to legislation and rules responding to the Great Recession, all income needed to qualify for a mortgage must be documented.  For business owners or individuals that work on contract, that generally means 2 years of individual and business tax returns must be provided to the lender for review.


Applicants that have just started a business will find it difficult, if not impossible; to qualify as the business must have a 2 year history of generating income.  Also, since most new businesses rarely report a profit in the first year, the tax returns are unlikely to reflect adequate qualifying income.


One of the advantages of owning a business is having the ability to write-off expenses related to the business from taxable income.  This is wonderful for reducing tax liability, but it also reduces the maximum loan amount that the business owner can qualify for.  The exception to this rule is depreciation expenses.  Since depreciation is only a “paper” expense, the lender is able to add the reported depreciation back to the applicant’s net income.


Yes, business owners must provide more documentation in order to qualify for a mortgage, but we are closing loans for these types of clients every day.  With planning and sound advice from a licensed mortgage professional, self-employed mortgage applicants can navigate through the rules to qualify for and obtain a home loan.
Posted by Chris Mozilo, CMB at 10:01 AM 2 comments: