The Buy Versus Rent Debate

One of the effects of the now burst housing bubble is the psyche of the potential homeowner. Is homeownership no longer a desired dream in America after someone experiences foreclosure? Are young people less likely to want to own a home when they see their parents lose their home to the bank? Is the American dream 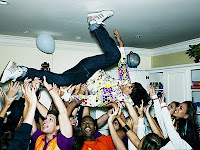 Many investors believe that more young people will grow up to be renters rather than homeowners. There are advantages for renting: mobility; low maintenance; less responsibility. Experts say that young people today show a greater desire to rent than own because of these advantages. 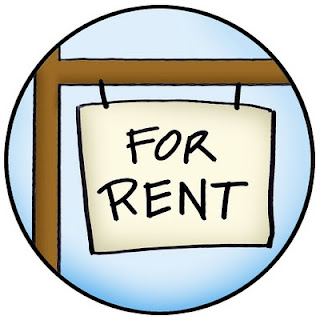 But eventually young people grow up. They get married, have children, and then they want some stability. Their kids enroll in school and they become less mobile and must take on more responsibility. The trends that experts say will result in more renters, in my opinion are simply characteristics of young people. 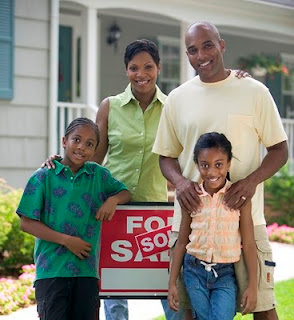 The Housing Bubble is a major set back for many people. It has and will likely continue to reduce the rate of home ownerhsip in America. But I believe that most Americans still want to own a home. And when they are in a financial position to own a home they will do so.

The real estate website, Trulia.com recently conducted a study on the Top 10 Cities to Buy vs. Rent. They studied the top 50 cities by population and came up with this list of the top 10 cities where it is more affordable to buy versus rent.

Be careful when participating in a short sale. Part of the negotiation with the lender may involve paying back a deficiency. It is important that people selling their home as a short sale understand the liability they may still have after the sale. It's probably a good idea to involve an attorney to make sure the short sale is in your best interest. Here's a story in today's Arizona Republic...

Some Arizona homeowners still owe after short sale
Posted by Chris Mozilo, CMB at 9:33 AM No comments:

Here are some upcoming guideline changes that Fannie Mae is implementing and will be filtering down to the banks and mortgage lenders:

· Minimum Borrower Contribution – The minimum borrower contribution requirements for all Fannie Mae conforming products (except DU Refi Plus, High Balance loans, interest only, 2-4 units and second homes) will no longer require a minimum 5% contribution from the borrower. The borrowers minimum investment may come from gift, grant or community seconds to meet this requirement.

· PreForeclosure/Short Sale/Deed-in-Lieu – if the credit report reflects an account that may have been subject to a preforeclosure, short sale or deed-in-lieu the borrower will have to wait two years until applying for a new loan. Fannie Mae uses the terms “preforeclosure”, “deed-in-lieu” and “short sale” interchangeably.

· Revolving Debt – All revolving debt will be included in the dti calculation regardless of the number of payments remaining.

If you have any questions about these changes and how it may impact you or your clients, please contact me at 602-690-1462. Thank you.
Posted by Chris Mozilo, CMB at 5:20 PM No comments:

Applying for a Mortgage - Not as Bad as Airport Security

I've never been happier to stay home for Thanksgiving. In the past few days, stories about the new TSA security procedures at the airport have the masses ready to revolt.

If you've flown recently you have probably seen the x-ray machines that aren't there for you bags. They're there for us. They exist because the old metal detectors can't detect many types of explosives that contain little or no metal. It makes sense that the TSA needs to be able to detect explosives that aren't metal, so they introduced these machines that can see through our clothes. 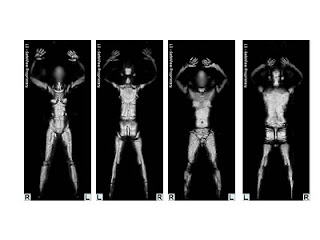 Apparently some people don't want TSA agents to see them naked. I've seen some of the images the machines generate and they don't seem very graphic. And you certainly would not recognize images of any specific individuals. However, they are vivid enough to make folks uncomfortable.

The alternative to the naked image is a rather thorough pat-down from your friendly neighborhood TSA agent. Personally, I prefer being the subject of a risque security photo.

I don't mind having the image taken of me. On a recent trip I had to have my x-ray image taken at the Oakland Airport. The agent instructed me to raise my hands over my head (similar the the image above). Knowing an image was being taken, I found myself flexing. Is that vain? I don't know who was looking at my image, but I wanted to look my best.

What does this have to do with home loans? Nothing really. Sometimes home loan borrowers complain about the amount of documentation we collect: tax returns, bank statements, pay stubs, and letters to explain all sorts of happenings. But I promise that we never ask to see what's underneath our customers' clothes.

Here's an article from today's Arizona Republic about "Flopping" real estate. It involves investors that negotiate and purchase short sales, while simultaneously negotiating a second sale to another buyer at a higher price. When fully disclosed it is legal, but this is widely considered an unethical practice.

Phoenix real estate strategy of 'flopping' examined
Posted by Chris Mozilo, CMB at 9:24 AM No comments:

How Does One Qualify for a Mortgage These Days?

The Hangover
Let's look at a drinker. Not a raving alcoholic that gets drunk regularly, rather our drinker - we'll call him Jim - will control his consumption most of the time. However every once in a while Jim will let the moment get the best of his judgement, and he'll get smashed. When I was in college we called it FUBAR. Well, Jim had a bad binge and is terribly hung over. He has the kind of headache that makes you think if you could just drill a hole in your forehead, you could relieve the pressure inside. His entire body aches and he wishes he had listened to his girlfriend and gone home early. He swears he will never, NEVER EVER get drunk again. Hopefully he's learned his lesson. Eventually he will loosen up and have a few drinks at a party, but for now he has sworn-off the sauce. 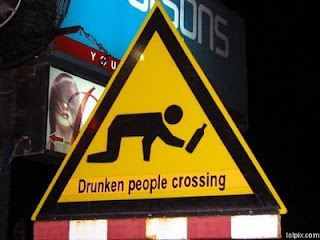 Jim's attitude towards alcohol is not unlike a mortgage lender's toward home loans. The lending binge of the housing boom led to our recession/hangover. There's a party happening in the form of low interest rates. Mortgage lenders are attending the party, but they are very careful not to indulge too much.

A week doesn't go by that I hear a news story about interest rates being at historic levels, "BUT, good luck finding a bank that will lend to you," the reporter says. Mortgage lenders are much more discriminating than they use to be in who and how they lend money for home loans. Qualifying for a home loan is more difficult, but it's not impossible.
There are three areas that a mortgage lender considers when determining whether to approve a home loan application. We call them the Three C's: Capacity, Character, and Collateral. Capacity is the borrower's ability to repay the loan. Character is the borrower's willingness to repay the loan (based on credit history). And Collateral is the asset used to secure the loan, the home.
Capacity
As a borrower, be prepared to prove your capacity to pay back the loan. Provide recent copies of paystubs, and W-2 forms for the past two years to prove you have enough income to repay the loan as well as your current debt obligations. Self-employed borrowers will need to provide two years of individual and company tax returns.
Another component of Capacity is the amount of borrower's assets. Two months of bank and investment account statements will satisfy the documentation requirement. Be prepared to provide a documentation paper-trail for any unusually large deposits.
Character
Since a mortgage underwriter that makes a lending decision will never get to know or even meet the applicant, they judge the borrower's character by what they see on a credit report. Whether the borrower has defaulted or made late payments in the past will help the underwriter determine the borrower's willingness to repay the loan. Severe delinquent events on the credit report such as a bankruptcy, foreclosure, or short sale tells the lender that the borrower has walked away from obligations in the past. This will keep the borrower from obtaining a new home loan for several years.

Collateral
The asset that secures a mortgage is the borrower's home. The lender will obtain an appraisal report to make sure the current market value of the property is sufficient to secure a home loan. Many borrowers have had difficulty refinancing because they purchased the home at the peak of the market and now the value of their home is insufficient. But those that had large down payments or bought their homes prior to the run-up in the housing market likely have the equity necessary to refinance.
If a potential borrower can provide the documentation necessary to prove their Capacity, have the credit history that shows good Character, and are purchasing or refinancing a home that is sufficient Collateral, then they can qualify for a home loan. Contrary to some negative news reports, people are doing it every day.
Posted by Chris Mozilo, CMB at 3:02 PM No comments: