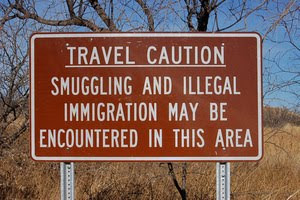 Nothing has been in the news more in Arizona recently than SB1070. In case you have been living in a cave, I am referring to an immigration enforcement law recently passed in Arizona that goes into effect on July 29. The law requires local law enforcement authorities to question individuals who have been stopped for an infraction and are suspected of being in the country illegally to show identification authorizing them to be in the country. This article will not debate the politics, the effectiveness, or the constitutionality of the law. My interest is in how the law will affect (or not affect) real estate in Arizona. So I will let others argue whether the law is racist and unconstitutional, or whether it is simply the state trying to enforce what the feds have failed to enforce.
What Drives Real Estate Growth?
Growth in real estate, whether in the form of increased home sales or rising values, necessitates a growing population. Arizona real estate has benefitted over several decades from the domestic migration from colder U.S. climates to the Sunbelt. That growth led to spectacular new home starts and rising home values from the early nineties through 2006. The overall economy sailed on a wind driven much by the real estate market.
A great deal of that growth took place beginning in 2000. From 2000 to 2007 the illegal immigrant population in Arizona is estimated to have grown by 70% according to a study by the Department of Homeland Security, while nationally that figure was only 37%. Illegal immigrants have to live somewhere, so they must also contribute to the real estate market. Many rent homes or apartments, which drove up rents and consequently increased property values. Many also purchased homes and even obtained mortgages with falsified identification. While illegal immigrants can’t claim to be the primary source for the rise (and eventual fall) of the real estate market, their impact shouldn’t be ignored.
This impact is more apparent in neighborhoods that are primarily Latino like the Maryvale neighborhood of west Phoenix and Glendale. Many illegal residence simply abandoned homes that they rented or had purchased when they made a decision to leave Arizona.
Why Are Illegal Immigrants Leaving?
Immigrants have been leaving Arizona for a couple of years. It started well before SB1070 was signed into law. In fact that law isn’t scheduled to go into effect until later this month. In 2008 about 100,000 illegal immigrants (18%) left Arizona according to DHS. If most of the illegal immigrants came across the border for higher paying jobs, it only makes sense that they leave when those jobs are no longer available.
The decline of a real estate and construction dependent economy began in late 2006, and was free-falling into 2007 and 2008. The result, the jobs held by many illegal immigrants simply vanished. Compounding the issue was another law that was passed in 2007, the Legal Arizona Workers Act. This law focused on employers that were hiring illegal workers. It placed very stiff penalties, including the loss of a business license, for those employers that knowingly hired illegal workers. While very few companies have been prosecuted under the law, it appears that employers have decided not to take the risk of losing their business.
One would think that Arizona’s dependence on real estate would result in a higher unemployment rate than the rest of the nation. Instead Arizona has been at or below the national unemployment rate in this recession. In fact the Phoenix metro area had 8.7% unemployment in May while the U.S. unemployment rate was a full point higher at 9.7%. I can only speculate that is because the Arizona workforce has shrunk as illegal immigrants choose to leave as their jobs disappeared.
SB 1070’s Impact
The most recent immigration legislation in Arizona does not appear to contribute to any population increase, nor is it designed to. It is designed to do exactly the opposite, at least in the short term. Proponents believe it will lower entitlements, thereby lowering government spending and keep tax rates low. That should provide a fertile ground for business growth and population, a longer term view.
The national and international attention for Arizona and this debate is extraordinary. The attention however has been mostly negative. The opponents of the law focus on racism to make the debate appear Anglo versus Latino. Not a good image for Arizona. Proponents of the law focus on the problems and crime associated with illegal immigration: drug and human smuggling, kidnapping, and executions. Also not a good image for Arizona. This recent immigration debate is not helping the cause to persuade people to move to Arizona.
Conclusion
In the short term it appears that SB1017 is hurting our real estate market. Immigrants that haven’t already left may choose to, creating more vacancies. In addition, a poor image of Arizona is being portrayed by both sides of the debate.
The long term consequences depend on what happens next. We will have to wait and see if Congress will pass any meaningful legislation for immigration reform. The law also faces court challenges including a suit from the U.S. Department of Justice. Interestingly, in this lawsuit my federal tax dollars will be applied to the plaintiff side while my state tax dollars will contribute to the defense.
How can immigration policy help the Arizona real estate market? Real estate growth needs population growth. Therfore it can be positively impacted by policy that allows for an increase in LEGAL immigration, specifically legal immigration from Mexico.
Posted by Chris Mozilo, CMB at 9:39 PM