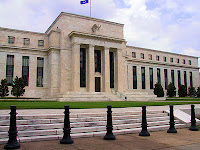 The Federal Reserve has made it a priority to try to keep mortgage rates low. This is one of several strategies to stimulate the languishing economy. Starting in 2008 the Fed lowered short term rates to zero (or close to it). Then over the past year or two it purchased voluminous amounts of Treasury debt and mortgage backed securities. More recently the Fed has sold short term Treasury notes (with maturities of three years or less) and purchased long term Treasury debt in a plan coined, "Operation Twist." The Fed has also reinvested money from the early payoff of mortgages into new mortgage backed securities. That should help to 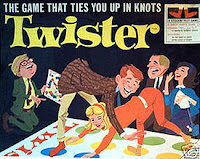 Treasury rates and mortgage rates typically move in step. I've written about that many times. Back in February the spread between a 10 year Treasury and a 30 mortgage was only 128 basis points (1 basis point is 1/100th of one percent). As of last week that spread has increased to 199 basis points. The work the Fed has done should lower mortgage rates as the Treasury rates have fallen. But mortgages seem to be more expensive than they have been in the past relative to Treasuries. Why?

Fewer Loan Originators
One reason is that there are fewer loan originators than there have been in the past. There are fewer mortgage companies as many did not survive the financial meltdown. Also the mortgage broker segment (small companies that originated home loans and delivered them to wholesale lenders) has lost over 100,000 brokers since 2006. As rates drop it is more difficult for new loan originators to get into the industry to service the demand due to licensing requirements that went into effect last year in all fifty states.

Tighter Underwriting Guidelines
There are tougher requirements to get a loan today. A mortgage company only earns income on loans that close. Since more loans are cancelled or declined in process that creates extra expense 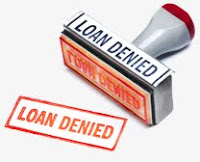 for lenders without any offsetting income. Therefore the cost per loan rises and that expense is spread out among the loans that do close.

Compliance & Regulation
As a result of the real estate collapse and the financial meltdown new laws and regulation have been an albatross for mortgage companies. To avoid penalties lenders have to spend extra time and hire additional personnel solely for the purpose of ensuring customer disclosures and re-disclosures are accurate. In addition, rules concerning loan originator compensation that were born out of the Dodd-Frank Wall Street Reform Act have actually hampered loan originators' ability to compete and lower fees for their customers.

"Too Big to Fail" Got Bigger
The top five lenders control 65% of loan production, and they don't seem very interested to compete on rate. In fact, the limited capacity of a few major players encourages them to simply increase their profit margins as demand rises.

Rates are very low, and there are incredible opportunities to finance the purchase of a home or refinance. But these are the reasons why rates are not even lower than what they are.
Posted by Chris Mozilo, CMB at 6:55 PM